JUST MY OPINION–(and a little fun)
The Movie Noah has been getting a flood of attention from both sides of the isles. Should it be burned or bolstered? My facebook wall is filling up in two’s, those promoting and those rejecting the film. In forty days from now I will have to unplug my computer and just wait for the media blitz to subside. I have heard harsh criticisms from some who haven’t even seen the movie, they just read the commentators and blog experts and fire off; one hadn’t even seen the film but was defending the intentions of the producers. I probably won’t see it. I really am not for that sort of movie, but I fell asleep during Star Wars at the cinema, granted I was a young and tired dad of six. But, I can’t wait to see how it impacts the media in a generation from now. I once was doing a Bible study through Exodus when a lady of about 60 told me I was incorrect to say the Children of Israel crossed the Red Sea at night (14:21-22). We bantered back and forth and finally she blurred out in an authoritative dictum, “Charleston Hesston crossed in the day time.” Let’s hope the new Noah film doesn’t ever get used as an authority on the biblical narrative. Like all history today, whether ancient or modern, it doesn’t matter anymore what the facts are, it’s merely a tool by which to serve the distracted masses the latest political talking points. Like Julia Childs said about rolls, “They are merely the means by which to serve the butter”. The new film Noah, from what I’ve heard so far, is no exception. 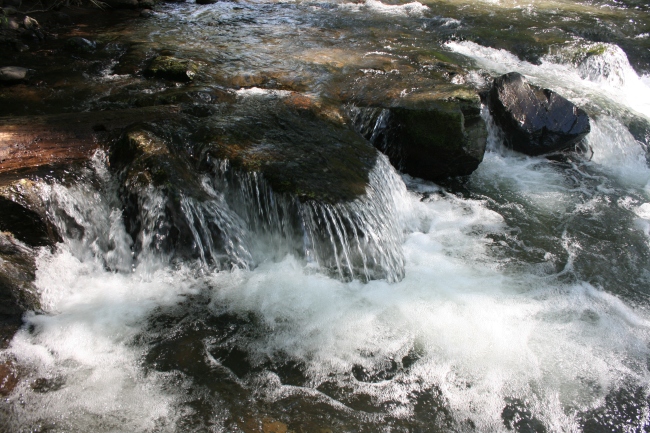 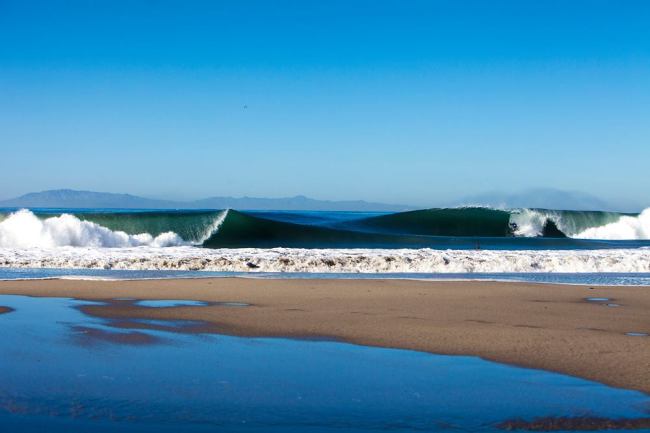 In the closing chapters of Joshua we have a story of the three tribes of Israel who made their homes on the east side of the Jordan river. The geography of their home had some disadvantages with their future hopes of being a part of Israel. So they make a replica altar in the land of their inheritance. The Children of Israel on the west side of the Jordan were shocked and dismayed, they rally for battle, planning to exterminate their own brothers, who just helped them conquer their sections of the land (22:16). They speculate as to the intentions of their brothers making an altar. It matters not that it is an altar to THE LORD GOD, they remembered Baal of Peor, they remembered Achan. They remembered all the bad lessons they had experienced in their wilderness wanderings (22:17,20).

Did they have reason to worry? Sure, these are the propensities of the people of God. They still remembered the reality that when one part of the family falls into sin and unfaithfulness that it affects the whole family (22:14). The people of God on the West were certain that their lives would be forever ruined because of what was seemingly happening on the East side of the River. Geography matters, really both sides understood this but were coming at it from different angles. The reality of divisions in this story are a given. There were real divisions that were not going away. The issue was getting along while these divisions remained (22:21,30).  The Easterners, fully assured of their own faithfulness to God (22:22) felt that the geography would eventually be their undoing since the Westerners would eventually forget about them and not include them in their inheritance. But, the Westerners had a whole different concern. They knew that these ones were apart from them and this being apart would encourage them to forget the Lord all together and once again mix with the pagan culture around them.

What did both sides need to remember? That they both lived on equally inherited land and serving the same God.

Soon the Westerners learned that this particular replica was intended to maintain a bridge between them. It was never intended to ever be used as an altar for worship. There was only one and that was in Jerusalem. Well, Shiloh at the time; wherever the tabernacle was to reside. What a glorious commitment they made that day — “We will not forget you or the LORD, please don’t forget us”.

There is no mention of them tearing down this replica, it was not a part of their worship at all, it was a part of their fellowship with one another. It was like a billboard reminding them that they were still IN Israel even if they were on the East side of the Jordan River.

In many ways it was like a creedal statement. Creeds are not worshipped but they remind us who and why we worship. This was a sort of wordless creed. Having no words reminded them that it mattered not what language the theology was written in,  only if it witnessed to the true God, be it in Greek or Latin or Hebrew. But it reminds us that the purpose of creeds are to establish and maintain a present unity which God intended us to maintain. The Tribes of the East reminded the tribes of the West that they fully understood covenant renewal worship, that they would not veer from this commitment. This ‘Replica Altar’ reminded them of the Sin offering, burnt offerings and the peace offerings that are required in Shiloh (22:29). The replica itself had a name- “Witness” (22:34). A witness between us that the LORD is our God. In essence, “We are one of you.” The replica never became a ‘relic’ or a means of assisting in the actual worship of God, but simply a witness of what true worship was and where it was to be offered.

It seems rather amazing that this concern comes to such a fury. Both sides needed each other, but for different reasons. The Western tribes knew that the purity of one place affected the purity of the other- the lesson was that sin is never in isolation (22:18). For the Eastern tribes, they knew that distance can make others forget their commitment as brothers in the same fight for the same God, and that they did not want to be excluded (22:24).

The conflict was simply a matter of geography, yet it almost came to bloodshed. These are lessons that still rattle the church today. Geography of Eastern and Western church traditions are very similar. Places of authority and recognition of authority are still ultimately why we have the division of East and West today. The feeling of being forgotten or overlooked in the forming of the Nicene creed was the cry of the Western Church, and the place where God proclaims his name should not be limited to just one place was the cry of the Eastern Church.

Whenever these two traditions forgot that they served the same God they both suffered. What tragedy awaits when your  close neighbor does not come to the aid of their brother when the enemy attacks, be it Huns or Turks. The words “Am I my brother’s keeper?,  echo through the mountains and canyons which divide these two traditions.

What sort of description would you give Jesus if you had to describe His current ministry to the world? Or simply describe “What is Jesus doing right now?”

Would you use the same description as the Apostle John?   “…In righteousness He judges and makes war”? Or is your Jesus more mild mannered? A shepherd who avoids conflict at all cost? Many have a Jesus who’s a limp wrist mambi pambi, who whines and sputters about the injustices in the world but really has no relevance to them.

IN 1997 an organization began called International Justice Mission- a human rights agency that brings rescue to victims of slavery, sexual exploitation and other forms of violent oppression. There vision is simple- To rescue thousands, protect millions and prove that justice for the poor is possible. This is exactly what Jesus is about these days. This is how nations get discipled. Often they get hit in the face with righteousness, yes  right between the eyes. The church is militant, not simply beneficent.

Have you ever heard the expression: ” You are the only Bible some people will ever read”?  That is true, and it’s also true that since the church is the body of Christ, that you are the only Jesus that some people will ever see. So, the implications are staggering. Since this is true it follows that the Jesus you see is going to be the Jesus will you strive to be. Does that make sense? Think about it!

We walk in His footsteps, we stand in His place and call the world to be reconciled to God (2 Cor.5:19). I think it’s more than simply raising your hands and coming forward at some revival meeting. It means getting people to give their whole heart and lives in allegiance to King Jesus and serve Him in righteousness,  justice and mercy with all of their hearts.

This Jesus, who rides the white horse also has an army. This is not some fantasy novel either; and guess what? You are IN this story. His weapons are described as a sharp sword coming out of His mouth and it strikes the nations. Strikes, not stirs up, nor serenades the nations, but strikes. It does battle with the nations.

In Revelation 19 we have the wedding of the lamb, which follows on the heels of the divorce of the harlot. Obviously there is never any  vacancy of rule in Heaven. The transition of the Old and New Covenants was like a baton pass where there was a moment where both runners have their hand on it, but the time comes for the first runner to finally let go and the new runner to move ahead.  The book of the Revelation chronicles that transition. The whore has been judged and the bride steps forward.  Israel as a nation in stewardship of the promises is OUT and the church is IN.

This is the great transition from the Old Covenant to the New Covenant. Don’t miss this.

Also, in this passage we have the only use of ‘Hallelujah’ in the entire New Testament and it’s used four times in verses 1-6 by the hosts of Heaven. They didn’t even use it at the beginning of the Revelation (4-5). We shall soon see why. The New Testament is like a pressure cooker building up steam until this glorious transition of covenants. Does it surprise you that Hallelujah is not used once until Revelation 19? It did me. Even the Angels in Heaven resist using the word at the incarnation of the Son of God. But it makes sense that one waits to burst forth such accolades until the Bride and Groom are pronounced man and wife.  We are told in verse 7 that the Bride is ready. The bride had to be secured before the Angels could sing. This new bride comprised of both Jews and Gentiles; saving the world and all that is in it, as far as the curse is found.

This takes us back to the OT where we find Israel as Yahweh’s bride. Wooed in the Wilderness, married at Sinai, unfaithful for many generations and eventually cast away, and then wooed and won all over again in Covenant renewal. There is deep love here and yet great betrayal on Israel’s part. They call the blood of the very author of life himself upon their heads and upon the heads of their children (Matt. 27:25). By the time we arrive to the days of the Apostles, the Jews hated their marriage to Yahweh, and had long gone a whoring after other gods, gods that were in fact demons and they sold themselves to his service, becoming a den of robbers, murderers and thieves. But God had saved His people, and established a better covenant, one that would not be broken. As He took a people out of Egypt, so He would save a remnant out of His apostate Jewish people of the first century.